During the 2019 National Dialogue Rwanda adopted a vision of raising, in the next 30 years, children who can compete on the global market, in innovation, languages and incomes through science and technology education.

During the 2019 National Dialogue Rwanda adopted a vision of raising, in the next 30 years, children who can compete on the global market, in innovation, languages and incomes through science and technology education.

Using the example of a visionary Rwandan child named Keza Nyiramajyambere Rwanda Development Board (RDB) CEO Claire Akamanzi said through science and technology, Keza will own a multimillion global business (Keza Heza ltd), earn $10,000 per month, hire 50,000 software developers and engineers and get at least 50 million clients just like Facebook.

Two months on, this vision could now be in the making after collaboration between Rwanda and Japan government, today inaugurated the first integrated science and innovations children’s center- Keza Learning center, which will groom little engineers and future innovators.

The Rwf50million center located in Gikondo sector – Kigali city and named after the famous dream child-Keza was launched by Japan’s new envoy to Rwanda, Ambassador Masahiro Imai as public private partnership with ten private sector investors in education and sciences.

The center, with a programming and robotics workstation, nature studies, arts, culture and music school, will accommodate over 150 children between three to 17 years, who will get a holistic education.

“The children just like the dream child Keza will get encompassing skills in four areas of technology, nature, arts and physical education, which will make them competitive in the next 30 years,” said Antoine Mutsinzi, the Center Managing Director. 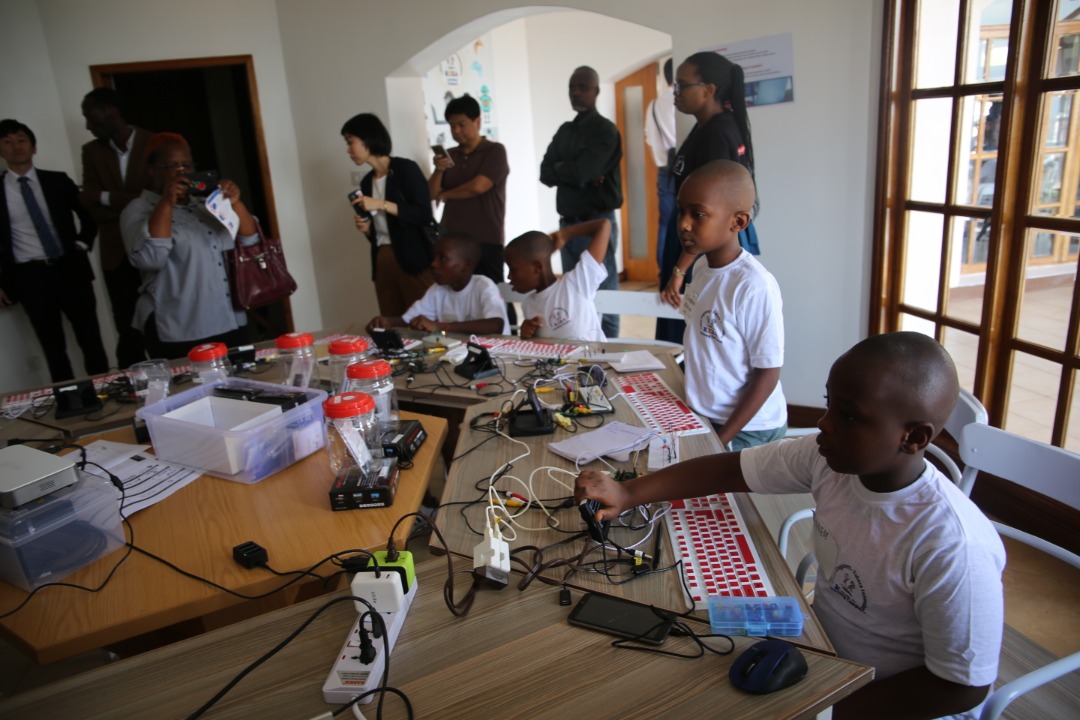 Mutsinzi said that recruitment will start immediately and parents will be asked to pay Rwf5000 per child for five hours or Rwf10, 000 for a whole day at the center.

The center also targets parents who have been taking children at children’s parks over the weekend, as officials say that the center will also provide other entertainment facilities and cultural education skills besides programming and making robots.

“Instead of taking your child to children’s play field and pay Rwf5, 000 to play, it is better they come here and learn but also play and get the same entertainment at the end of the day,” Mutsinzi said.

For parents who cannot afford this education, Mutsinzi said that they have plans of brokering partnerships with schools in Kigali and rural areas to do on-site training for children using mobile clinics and students from the African Leadership University (ALU).

Parents like Charles Harerimana, who brought his 7 year old daughter Charlene Umutoniwabo-to enroll at the center, said that he is willing to sacrifice all to ensure that his child gets the opportunity to learn robotics.

“Technology is the future to our children, not us. We have to support them otherwise they will not survive in their generation in which life will be fully determined by science and technology,” Harerimana said.

Children’s ideas that will be incubated at the Keza Compass will be given a chance to turn them into full and sustainable businesses with the help of experts through a new programme dubbed Young Rwanda Innovators run by 1000 Alternatives World-a global organization that identifies and invests in youth projects.

Young Rwanda Innovators is the first project starting in Rwanda of the seven countries where 1000 Alternatives around the world are operating.

“Financial support will be provided to qualifying ideas through an incubation programme and this support will also include access to mentorship and advisory input for the ideas to take shape towards a viable business model and impact model,” said Ali Athman, the 1000 Alternatives Chief Executive.

The coming of Keza Compass will act as an incubation center for future software developers and engineers as Rwanda plans on establishing itself as an ICT hub with plans to build an army of programmers and drone designers and experts at the proposed Rwanda Drone Operations Center and Academy due next year.

This will also contribute to the existing youth programming projects like the Rwanda Coding Academy as Rwanda plans to integrate coding classes into the current school curriculum.

Leave your thought Click here to cancel the reply